Is This Ingredient Giving You Gas? 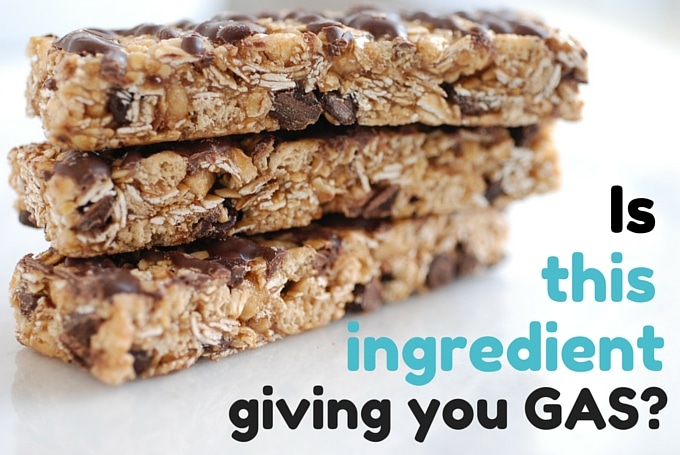 We have a house rule that if you want to indulge in potty-talk, you have to do it in the bathroom. So I’m going to violate my own rule and talk about things that would make my boys giggle. All in the name of helping another person avoid the gas, bloating, and belly pain I used to have.

Several years ago, these chocolate-drizzled, fiber-enriched Fiber One bars were something I’d pick up occasionally to satisfy my sweet tooth. Then one day, I was chatting with a friend. and the topic of these bars came up. “I can’t eat those,” she said. “They make me bloated and gassy.”

I did a little research and learned that chicory root extract, the first ingredient in these bars, causes some people issues such as bloating, gas, and abdominal pain. I also realized that the whole grain Kashi cereal I’d been eating every morning contained it too.

What is Chicory Root?

Chicory root is a plant that’s commonly used as added fiber in many products.

While other fibers are broken down more slowly, chicory root is broken down quickly and completely by bacteria in the large intestine, which can trigger symptoms like gas, belly bloat, abdominal pain, and gut rumbling. Some people tolerate it just fine, but others (like me and my friend) don’t. People with IBS (irritable bowel syndrome) may be especially sensitive to chicory root. 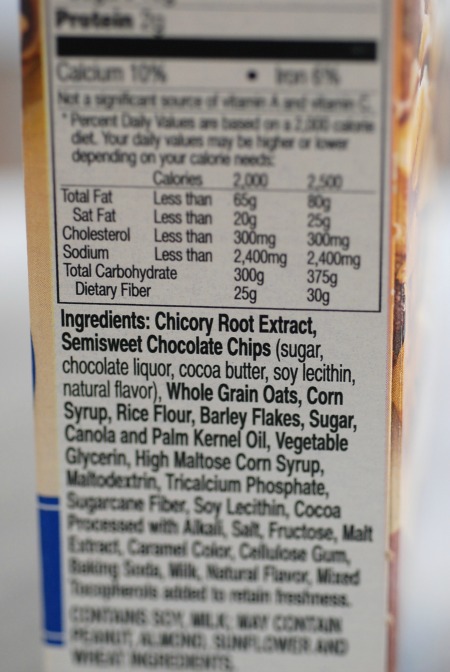 If you think you might have trouble with chicory root, you should also check labels for “inulin”. Inulin is the kind of fiber that’s found in chicory root, as well as in asparagus, Jerusalem artichokes, onions, and garlic. Inulin is known as a “prebiotic”, which means it helps feed the healthy bacteria in your gut–which is a good thing, unless you’re sensitive to it like I am!

Inulin is used widely in products that are fortified with fiber, such as gluten-free and low-carb products, protein powders, and bars and cereals like the ones I mentioned. It not only offers extra fiber but also adds sweetness, so manufacturers can use less sugar. And inulin has a creamy “mouthfeel” (as they say in the food processing biz!), so it’s helpful to companies when making things like fiber-fortified ice cream and yogurt.

Leeks, asparagus, Jerusalem artichokes, onions, and garlic all contain inulin naturally. But as I discovered, supplemental inulin and chicory root are also added to a surprising number of processed foods to increase the fiber content, especially those billed as low carb or high in fiber.  The following foods may have inulin or chicory root on the ingredient list, so if you think you’re sensitive to it, check labels.

This is question I’ve gotten from a few people, so I reached out to the folks at KIND for the answer. There is NO inulin/chicory root in the following KIND bar varieties: Pressed by KIND (non-chocolate flavors), KIND Healthy Grains, and KIND Sweet & Spicy Bars.

How can you tell how much inulin is in foods?

Right now you can’t, but the ingredient list and Nutrition Facts Panel offer some clues. If you see “chicory root” or “inulin” listed in the first few ingredients (as in the Fiber One bars) you can assume it contains a decent amount, since ingredients are listed in order by weight.

If it’s a food product that doesn’t normally contain fiber (like yogurt or juice), look at the total fiber on the Nutrition Facts Panel. For example, if a yogurt contains inulin (and doesn’t have any other added fibers) and lists 3 grams of fiber, it likely has 3 grams of inulin in it. 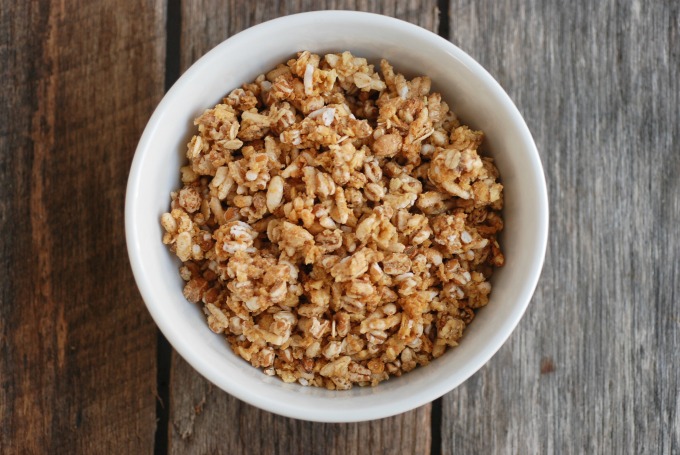 Yes. Inulin is a fiber, and both adults and kids get about half of what they need every day. Fibers like inulin can also help keep you regular, and constipation is a major issue for children and grown-ups.

Because inulin is a prebiotic, it can also help boost the amount of beneficial bacteria in your gut–and a well-balanced microbiome (the trillions of bacteria in your GI tract) can mean better overall health.

There’s also some research showing that chicory root may help curb overeating and even help the body soak up more calcium.

How much inulin causes gas?

That likely varies by person. In some research, up to 20 grams a day is well tolerated. But in one study, adults did well with amounts up to 10 grams, but more triggered gas and bloating for some. Me? I’m bothered by the 10 grams in a single Fiber One bar. At a sponsored conference I recently attended, representatives from the Beneo Institute (they make supplemental fibers, including those containing chicory root) said you can build up a tolerance to inulin if you consistently consume it over time. They suggested starting with 5 grams a day (split into two 2.5 grams doses in the morning and evening) using a supplement form of inulin, such as a powder you stir into drinks.

Personally, since I get a lot of fiber in my diet anyway from fruits, vegetables, and whole grains (and have a pretty sensitive GI tract in general) I simply avoid products containing inulin or chicory root.